Internet marketing Back in 1996, original hits were possible, VFX was on the rise, and sequels didn’t rule the universe.

Jan de Bont’s 1996 “Twister” (Warner Bros.) is more than a cinematic guilty pleasure.  Produced by Steven Spielberg’s Amblin, the tornado-chase thriller shattered box office records at the time. The marketing triumph not only influenced the way future trailers were crafted, but much like Marvel’s “Spider-Man” in 2002, “Twister” showed Hollywood  that you could jumpstart the summer season in May.

Warners was trying to get ahead of Paramount’s presumably more competitive new “Mission: Impossible,” starring Tom Cruise. But “Twister” broke out bigger, partly because the earlier May entry gave it a chance to play right through the lucrative Memorial Day holiday. “Twister” signaled that May was just as good a summer launchpad as June, and changed the rules forever.

“Twister” ultimately outgrossed “Mission: Impossible” by about $140 million (all grosses are adjusted to 2020 ticket price levels) to become the #2 performer of 1996 (behind July’s VFX monster “Independence Day”). But unlike “M:I,” “Twister” marks one of the few films since 1990 to gross over $500 million domestic as an original standalone: no sequel, no remake, no franchise. Just a singular event.

Warner Bros. co-financed the $190-million (adjusted) picture with Universal, because they both believed in executive producer Spielberg. Cowritten by Michael Crichton, “Twister” not only delivered an E-Ride, but scored better reviews than both “M:I” and “Independence Day.” “Twister,” along with cinematographer de Bont’s 1994 directing debut “Speed,” helped to define the high-concept films of the period.

Like “Speed,” the film centers on two meet-cute, equally strong romantic leads. Helen Hunt broke into movies after hit TV comedy “Mad About You” (and went on to win an Oscar for “As Good As It Gets”), while rising star Bill Paxton followed supporting roles in “True Lies” and “Apollo 13.” Their sparkling interplay carries the film as much as the action. (This was not lost on James Cameron, who was writing the epic “Titanic” as a wide-appeal love story as much as a disaster film, which turned the VFX period romance into the box office juggernaut of all time.) 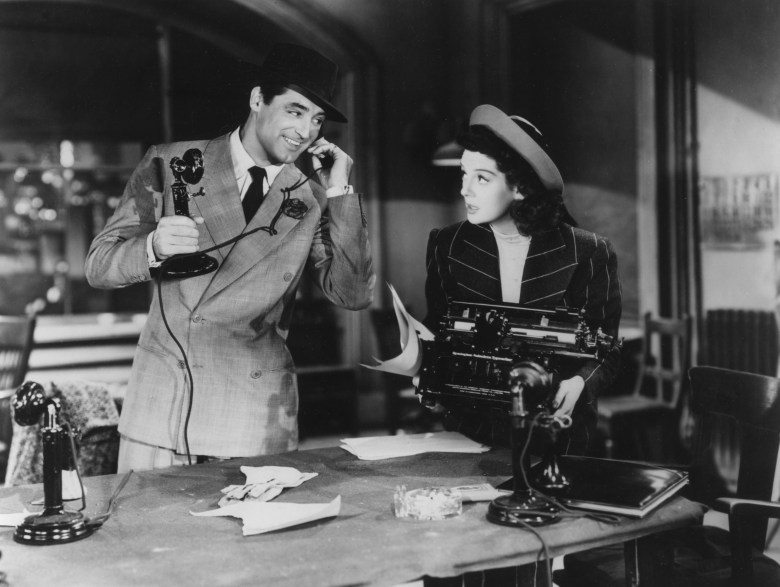 The interplay between Hunt and Paxton, as weather pros unexpectedly reunited at the end stage of their marriage, recalls Howard Hawks’ “His Girl Friday,” with more than a little resemblance to Rosalind Russell and Cary Grant’s characters in the 1940s comedy classic.

But the star of the film is the tornado, or rather, multiple tornadoes. Not unlike Spielberg’s  “Jaws,” the progenitor of the summer blockbuster, the VFX team (ILM) faced a challenge creating the movie’s central villain. But the payoff was incredible (even if ILM lost the Visual Effects Oscar to “Independence Day”).

Like Bruce the shark, de Bont and company managed to turn the twister (which shows up repeatedly over days) into a character. The complex mix of swirling images, crashing sound, and inventive close-ups (well before tornado-chasing video technology had advanced to what it has become) works even better than “Jaws,” which relied more on a mostly unseen threat.

And the movie advanced the use of the trailer to sell VFX imagery. See below.

The filmmakers delivered one spectacular tornado sequence in time for the trailer, long before the VFX were finished for the actual movie, which became the norm for marketing such movies. That tense, harrowing first trailer still packs a punch, complete with flying cows. Needless to say this trailer proved to be an early internet sensation in winter 1996. It built high anticipation.

And the film delivered. Even with its brief record for a May opening, it had a nearly six-times multiple to reach $512 million domestic, with a bit more foreign. In adjusted terms, it is in stellar territory: just a little under “Close Encounters of the Third Kind,” “Lord of the Rings: The Fellowship of the Ring,” ahead of “Men in Black,” “Avengers: Age of Ultron,” all “Hunger Games” and “Pirates of the Caribbean” releases, and several “Star Wars” films. But again, its accomplishment deserves a shout-out as a non-franchise title. 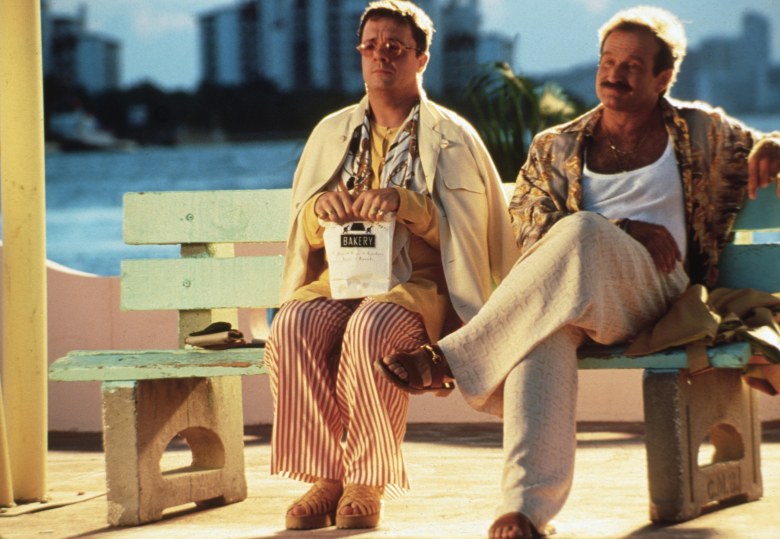 “The Birdcage” was based on “La Cage Aux Folles.”

A couple more notes among that week’s top 10. “Primal Fear,” an adult-oriented crime drama starring Richard Gere and Edward Norton, passed the (adjusted) $100 million mark on its way to around $124 million — in the spring, without good reviews. That would never happen today. And Mike Nichols’ “La Cage aux Folles” remake “The Birdcage,” starring Robin Williams, ended up with over $270 million. Back then, comedies were still a big deal.

“Birdcage” is the only title on the top 10 weekend box office chart that was based on pre-existing IP. No sequels to be found. Not only a different century — a different universe.

Sign Up: Stay on top of the latest breaking film and TV news! Sign up for our Email Newsletters here.